August 20, 2017
I should have written this immediately after the race! Too much time has passed and it's not all as fresh as I wanted it to be.

I'm running a 50-miler on September 9th and I have been training pretty diligently this spring, after taking a short break because I was sick after the Derby Marathon at the end of April.

Run Under the Stars was a 10 hour endurance race based on time. I researched this kind of race since I had never done one before. Half mile horse track (crushed limestone) for 10 hours? Sounded like it would be great mental strength training, if nothing else! I set a 4-part goal:
1. stay on the track the whole ten hours
2. run 36 miles (most mileage ever)
3. run 40 miles (solid goal I felt I could reach)
4. run 43 miles (stretch goal)

I started with Dannielle and we ran about 10 miles together at an easy pace for the heat and sun - around 11-11:30 minute miles. She then took a break and I continued on. My stomach started to hurt. Bad gastric distress. Several stops in the bathroom. I was running alone so I wasn't messing up anyone's schedule. Around 25 or so miles, my GI system leveled out and I felt better. I learned that the Tailwind was causing distress. Maybe other things, but I've parted ways with Tailwind for now. (This was at least the 8th run where I was having distress that I suspected was a result of Tailwind.) I got really hot and since it was dark out and I was already drenched in my own sweat, I took my tank top off and ran in my sports bra. I have only once done that before.

Around 27-28 miles, I saw someone walking who I was about to pass, and I asked him how he was doing. He didn't look/sound ok. And I've learned in races that sometimes all someone needs is someone to talk to. A distraction. He told me he wasn't doing ok and he was really struggling. I stopped to walk with him for a few minutes. He didn't want to slow me down but had also been suffering major gastric distress and had taken some long breaks. I hadn't taken any breaks; I couldn't imagine how hard it would be to start again! I suggested that I was ready to switch to a run/walk, and he said he would love to join me if I didn't mind. I set my watch to run 4 minutes and walk 1 minute, and we got moving again. We chatted and ran in silence for an hour or maybe longer, and he decided to take another break. I ran by myself for awhile, and stopped the run/walk and maintained a 12-12:30 pace. Then Jerry joined me again for another hour or so. I would pass Dannielle every so often and say hi. She was walking toward the last few hours and was doing great after hitting one of those long run lows that really gets you.

I was amazed at my ability to keep going. I surpassed every one of my goals. I ran 44.5 official miles (45.2 total, according to my garmin)! I placed 6th in female overall which is as high as I'll ever get for placing! I was right on track with my training for the 50-miler and I was very pleased to see where my training got me.

SIDE NOTE: a few days prior to this race, I fell on the trails at Jefferson Memorial Forest and I scraped up my knee badly. It felt infected. I cleaned it well and used Neosporin on it, and it felt better for the race. However, following the race, I did go to urgent care a few days afterward because it hurt so badly I could hardly walk. It was oozing pus and had to be treated for MRSA infection. I lost a week of running because of it. Which was probably good for recovery and doesn't seem to have hurt me much (since I'm writing this 6 weeks later). 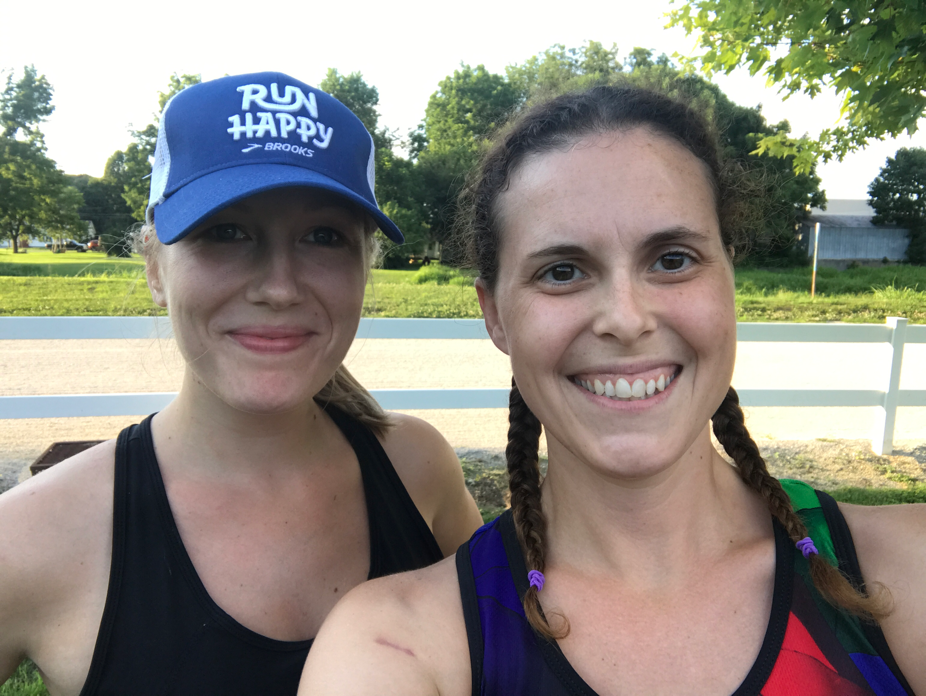 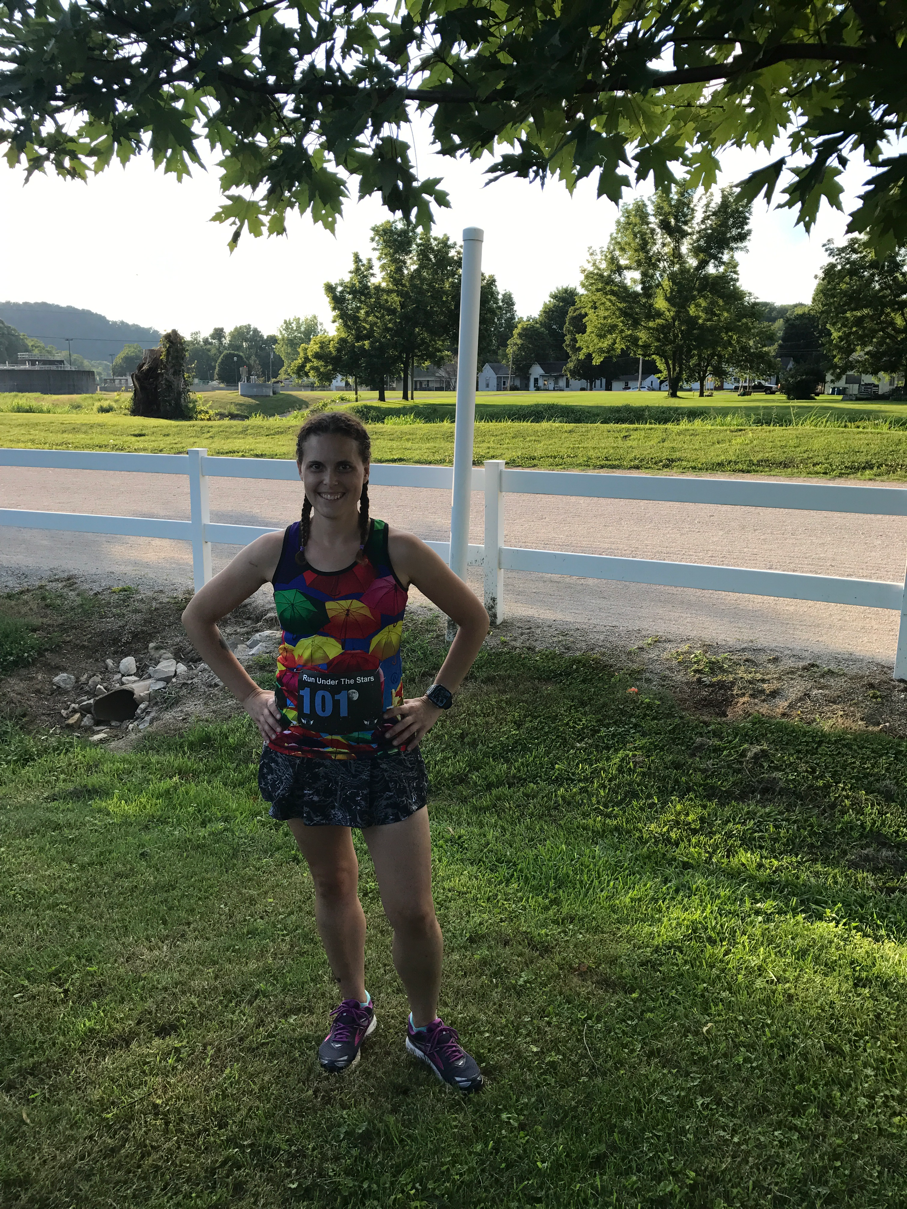 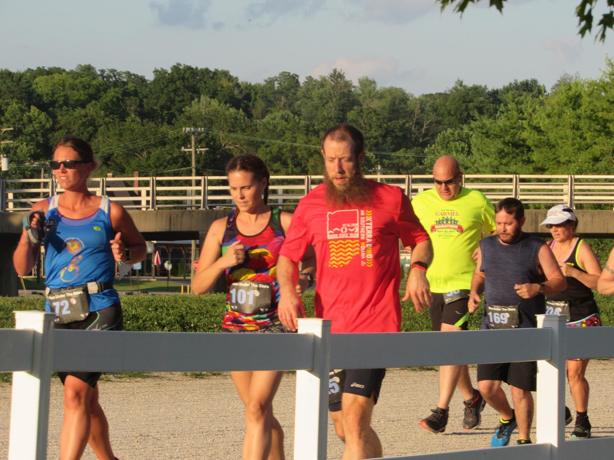 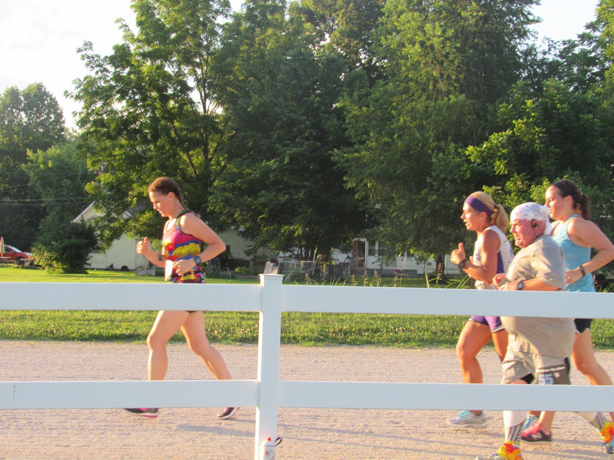 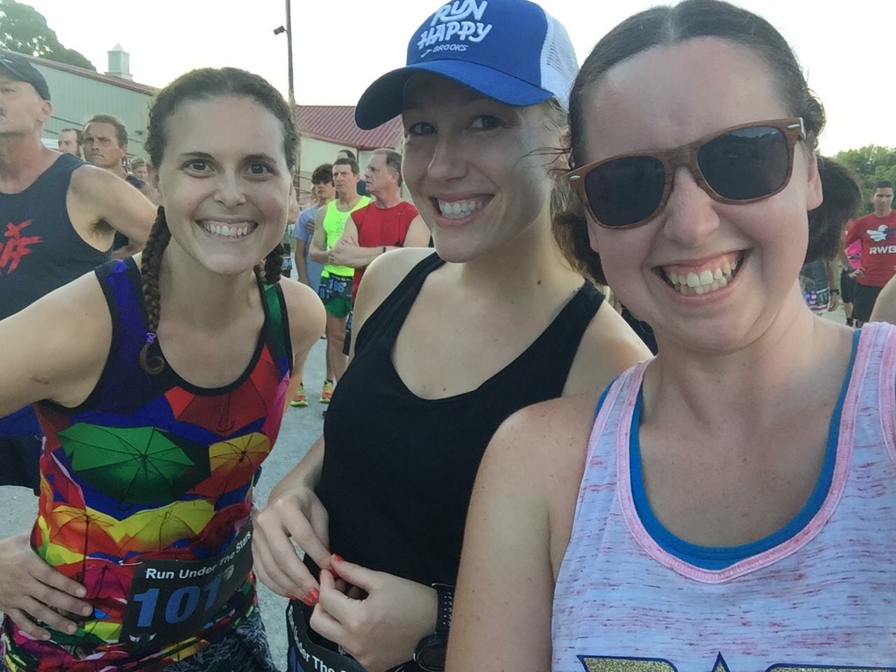 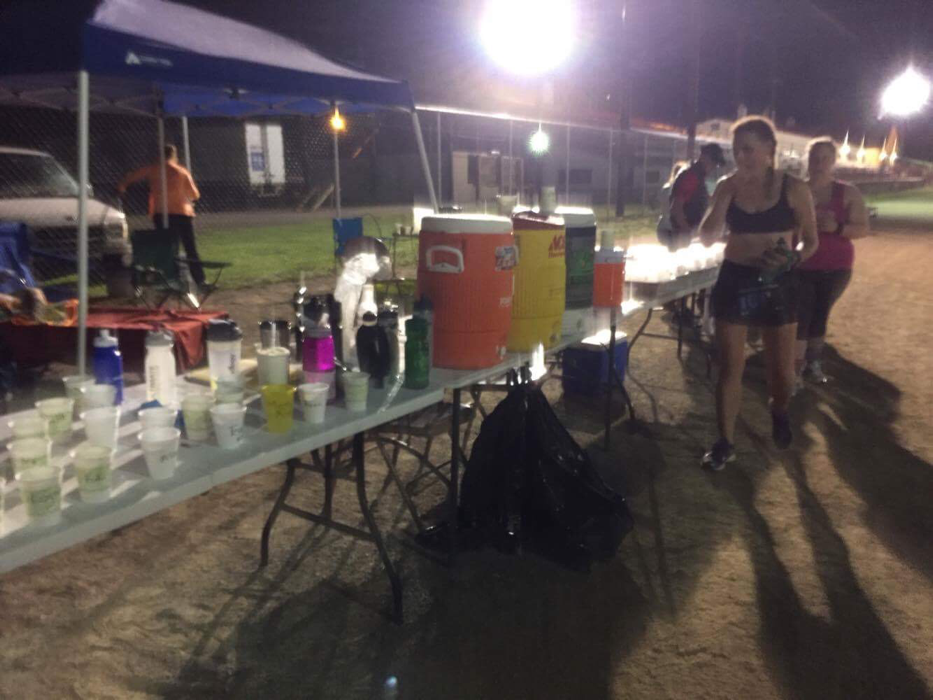 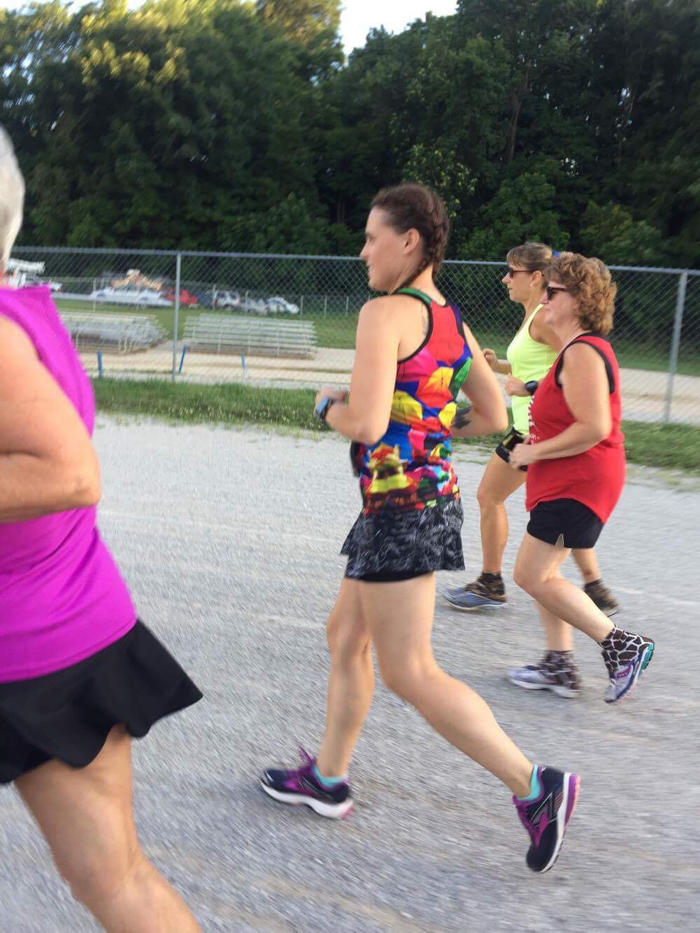 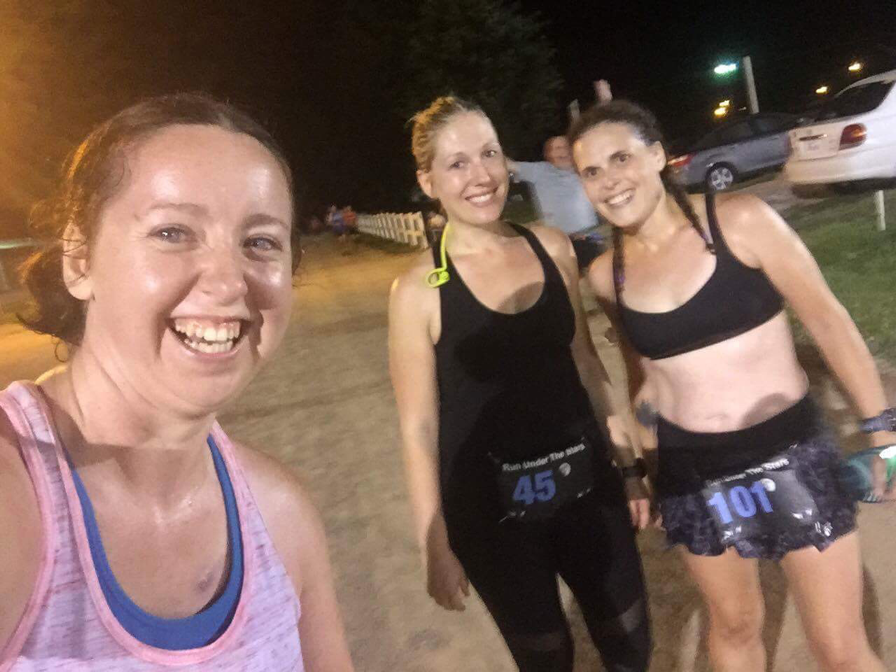 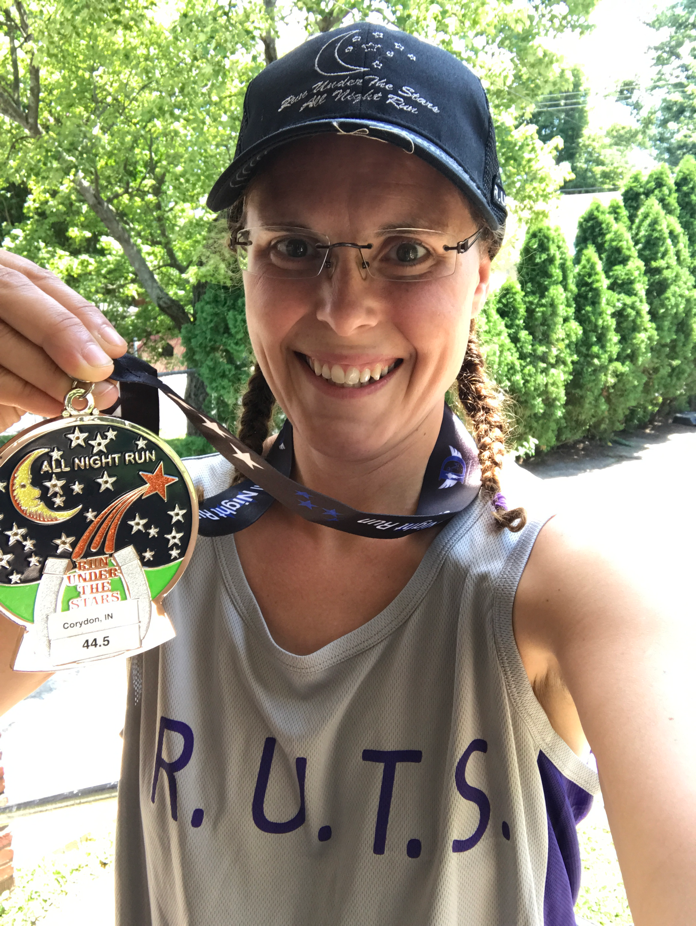 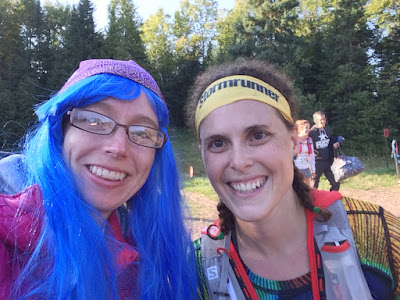 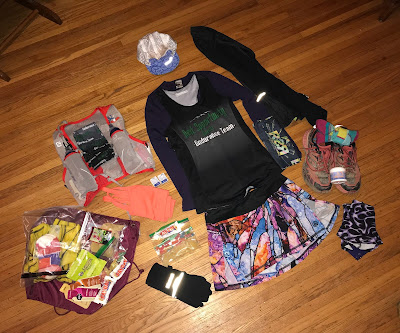